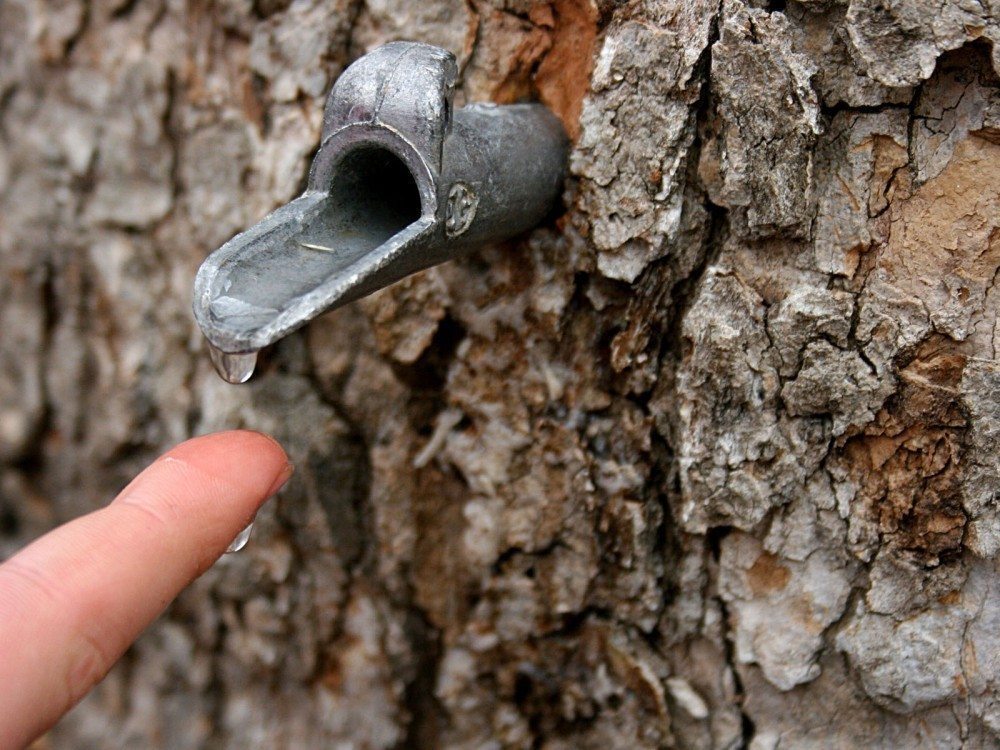 It’s sugaring-off season, traditionally the time of year in the Northeastern states and Canada when the sap is flowing and sugar maples are tapped to make maple syrup. And though it’s been a weird year for producers—the season started and ended earlier than usual—this is still a great time to play with maple.

I’m no stranger to the many charms of maple syrup: I put it in my coffee; eat it on scrambled eggs; use it to add depth and sweetness to chili; mix it with soy sauce, garlic, and ginger for a steak marinade; and cook kale and collard greens in it. But it wasn’t until a recent trip to Quebec, where 80 percent of the world’s maple syrup is made, that I started to see how truly versatile the ingredient can be. While the main destination for Quebec’s sap is syrup, Quebecois producers have begun experimenting with maple, with delicious results.

Andre Pollender of Cabane du PicBois in Brigham, Quebec, makes a sweet-sour maple vinegar by fermenting maple sap and aging it in oak with a blend of cinnamon, cloves, pepper, thyme, and other spices. The resulting golden-colored vinegar is a perfect balance of sweet and sour, mellow and full-bodied—great in salads or with fruit, and anywhere else you’d use a nice balsamic, but also dangerously drinkable right out of the bottle. Further north, at L’Ambroisie in Mirabel, Michel and Chantal Roy have been fermenting the trees’ bounty to create an effervescent “champagne” made with sap, called Chimeres, and two wonderfully raisiny, dry madeira-like wines made with maple syrup, Rupin and Roy. Both wines are aged for three years, the Rupin in stainless-steel vats and the Roy in oak casks. Sadly, L’Ambroisie does not yet ship to the U.S. (the producers have applied for an FDA number and are seeking a distributor), but the tasting room is well worth a visit. And if Mirabel is too far north for you, the wines are also available at Montreal’s Jean-Talon market at Le Marches des Saveurs du Quebec.

But you’ll find the best take of all on maple not inside a bottle but in a pie crust: everywhere, restaurants and sugar shacks are serving tartes aux sucre. Brimming with a custardy filling of maple syrup, eggs, and cream, the pie is less sweet than you’d expect, silken and soft, and fiercely addictive. I ate my weight in them and then some, and still wanted more. Here’s a recipe (scroll to the bottom).